When you think of the greatest entertainment duos of all time, who comes to mind?

Oh wait; let’s add one more world-renowned duo to the list. It’s the team known as The Balloon Brothers, The Boys, or just simply Dom and Keith! Dominic Cassidy, CBA and Keith Stirman, CBA of All Things Fun, UK, are balloon industry leaders recognized for their teamwork, artistry, instruction, and live performances. And, just like the other famous pairs, their journey to success is one of comradery and hard work. Here’s the backstory.

Both members of this dynamic duo started their professional careers as engineers. Wait, what?! Yep, you read it right, but it just seems odd they would have graduated from computers to balloons. Interestingly, it isn’t that big of a leap. Both professions require analytical and mechanical skills. But again, how did this happen?! 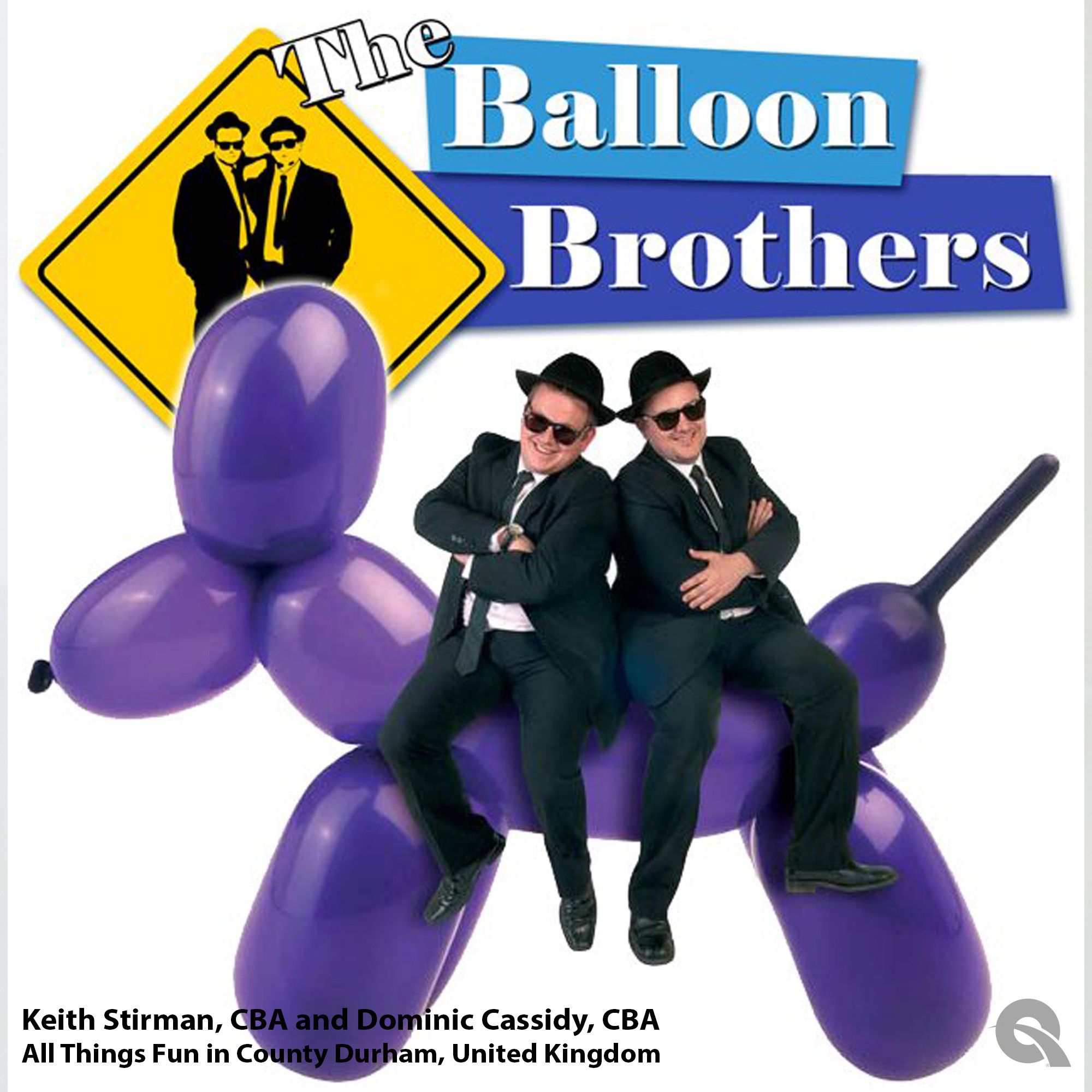 Ladies & Gentlemen, Boys and Girls, Children of All Ages…

For Keith his balloon career started when he saw a local twister/magician and thought about how fun it seemed. He bought an instruction book, some 260Qs, and was off and running. In 2005, when he was 18, he left Engineering in his rearview mirror. For Dom, after helping Keith for a year in his new profession, he caught the balloon bug as well. The rest, as they say, is history. Both love the spotlight, working together, and the joy and accolades they receive from a well-performed show or meticulously crafted balloon sculpture. This love of balloons and performing took them all the way to the quarterfinals of the television program “Britain’s Got Talent.” Judges Simon Cowell, Amanda Holden and Piers Morgan were wowed when The Boys drove a balloon car onto the stage and then flipped it into a Judges Desk with three white Xs at the end of their act. The crowd went wild!

Watch The Balloon Brothers on Britain’s Got Talent

Today, in addition to performing, Dom and Keith own a successful retail store, travel worldwide to attend and teach at balloon conventions, and host a live balloon talk show called Q Corner. Some of the most unusual places they’ve been able to perform include shopping malls in India and Japan. Conventions have taken them to the Middle East, Asia, Australia, Europe and all across North America. They’re looking forward to expanding into Central and South America! Their latest adventure, Q Corner, was launched in 2018. The show, dubbed balloon edu-tainment, is simply sensational. Fans of the show LOVE the lively and comedic interaction between Dom and Keith as they deliver balloon instruction and business tips and insights.

How to Twist a Cartoon Dog with Dominic Cassidy

Inspiration the World Over 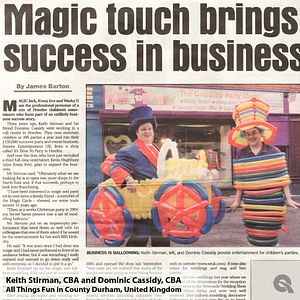 With all this going on, how does the duo have time to create and originate? According to The Boys, inspiration comes largely from clients. “Our inspiration usually comes from necessity. When we are asked to build or create a design we figure out how to make it happen,” says the duo. Early on, the guys were influenced by former balloon artists Jodie and Dee White of the UK, and have since been inspired by Sue Bowler, CBA of Balloon Art by Sue Bowler, Buckinghamshire, England, Bob Armstrong of Doctor Bob Balloons Unlimited, South Wales, and Fiona Fisher, CBA of Worldwide Balloon Decor, United Kingdom. Inspiration, they say, also comes from conventions. They’ve attended every World Balloon Convention (WBC) since 2012, and other events known as Japan Balloon Artists Network (JBAN), Balloon Arts Convention Italy (BACI), Ballooniveristy, Millennium Jam, OnArt, and many more! Going to their first convention and continuing over the years is the “best decision ever as it has literally changed our lives,” says the duo.

Even with their success, these guys don’t rest on their laurels or take it for granted. “Our professionalism earns us a lot of repeat and new business. Recommendations that lead potential new clients to our social media platforms and website are key to our continued success. During key seasons, we also use direct marketing to our local area.” But, they add, “Customer service is the key to everything. We treat all of our customers as potential lifetime customers!”

How to Twist an Elegant Flower with Keith Stirman

Of all their contributions to the balloon industry, The Boys are most proud of Q Corner & Q-Boom®. “Q Corner has been huge for us and the feedback has been immense from our viewers. It continues to grow in popularity as we continue to improve every episode. We were fortunate enough to be part of the development of the Q-Boom – balloon popping system and it’s been great to see it in action as people are using the system we helped to bring to market.”

So, what’s next for this spirited duo? “We’ll continue to push our High Street brand to new levels and develop Q Corner as an unmissable balloon talk show for their entire industry,” they say.  We bet there’s much more to come for this energetic team. Stay tuned—so to speak!